Primarily the most brave golfist-retailers gathered at golf club Dysina near Plzen on September 9. Dysina green is actually considered to be difficult for its terrain. Rightfully. But right golf players could not get scared and together with their guardian angels smartly overcame obstacles.

And there were plenty of ppm factum angels on the green this day!

Our angels did not help just with players registration and orientation at the golf resort. Main piece of their goodwill was demonstrated near golf hole no. 11, where golf balls often disappear irretrievably under the water. But golfists were walking on air around the hole that day – submerged balls were quickly replaced by new heavenly ones and together with our angels beautiful smiles created heady mixture to feel comfortably.

ppm factum logo printed balls scored quickfire. And each of them was the ball for the winners!

You could see the players pretty often with their angels after the winners were awarded. They were planning next terms for oncoming tournaments. It is actually advantageous to have your own angel... 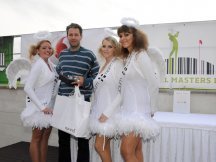 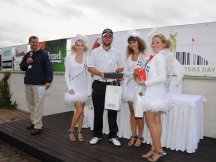